A Push Beyond Africa

By
Ryan Jones
May 9, 2021
Circumcision in Africa

Despite the initial promises of limiting the mass-scale circumcision programs to one continent, in the years since the initial development of VMMC programs in Sub-Saharan Africa, the same model is now being spread elsewhere in the developing world.

Despite initial warnings from credentialed critics, in 2007 the WHO and UNAIDS launched their now infamous semi-voluntary male circumcision campaigns across Sub-Saharan Africa. According to public data, these efforts have resulted in over $1.8 billion dollars spent since they began. This has been based almost entirely upon three Randomized Control trials, all of which were ended early, and were focused exclusively upon an exaggerated 60% relative difference between the two experimental groups [1]. With headlines heralding this new intervention, one early detractor warned that “the simplification of technical material as it goes through the media from presentation to the public can result in its complete distortion” [2].

Nevertheless, the campaigns rolled along, with a recommendation that only those countries with “high prevalence, generalized heterosexual HIV epidemics that currently have low rates of male circumcision consider urgently scaling up access to male circumcision services.”

Before introducing the culture of circumcision into a new country, the WHO and UNAIDS issued guidance for researchers to conduct community acceptance studies, which probe local populations for their beliefs and attitudes about the controversial surgery. The results of these studies are then used to inform public relations campaigns leveraging advertisements on television, radio, print, online, and in the streets with billboards, t-shirts, and similar materials [3].

This ultimately engendered a four-step process for wrapping an entire generation up into the fold of cutting boys and men, with the intention of rooting deeply itself into the cultural practices of the future generations to come. The first stage is to declare that circumcision is irrefutably effective at preventing HIV transmission, even going so far as to suggest it has the efficacy of a vaccine [4]. Next, as described in the previous article, new, single-use devices are developed to be sold by the millions by individuals with clear conflicts of interest. Thirdly, acceptability studies are carried out, which help to develop culture-specific strategies for convincing citizens on the ground to adopt a practice quite alien to them. And lastly, carry out the operations, which result in millions of boys facing the cut.

In the years since these programs have been carried out in Africa, such acceptability studies have emerged elsewhere in the world, in countries with little or no precedent for circumcision. In Thailand, Dr. Richard Grimes of the University of Texas teamed up with Professor Kriengkrai Srithanaviboonchai of Chiang Mai University. Together with members of the Faculty of Nursing, they interviewed members of the local community, surveyed a carefully selected slice of contemporary research on the effectiveness of circumcision, and proselytized towards Thais on their willingness to adopt the practice, which resulted in a series of internationally published research papers.

The first, from 2012 titled Why Thailand Should Consider Promoting Neonatal Circumcision, cites a typical smattering of research touting every known potential benefit, while ignoring all information to the contrary. Ultimately their position is stated: because Thailand has a relatively well-developed network of clinics and hospitals throughout the country, it is a safe enough place to target newborns for non-consensual genital alterations. Interestingly, in the paper they go so far as to theorize about what it would take to convince Buddhist monks, the clergy and harbingers of an ancient, indigenous belief system, to adopt routine neonatal circumcision as a spiritual practice:

The authors quickly abandon this idea, though not because of the obvious insensitivity to the monks’ spiritual customs, but because it wouldn’t work on “adolescents who may be reluctant to accept ideas promoted by their elders.” Yet, if future researchers were to remain cognizant of the actual belief systems at play, they may rethink the act of circumcision itself.

As Samien Keown writes in Buddhism and Bioethics:

"Compassion is a virtue which is of importance in all schools of Buddhism…which sees selfless identification with the suffering of others as a defining quality of the bodhisattva or saint…A corollary of this compassionate identification with living things is the attitude of respect for life encapsulated in the term ahiṃsā, meaning “non-harming” or “noninjury.” The imperative to respect life is enshrined in the first of the Five Precepts, and ahiṃsā plays a fundamental role in Buddhist bioethics."

That the monks are likely to reject neonatal circumcision seems self-evident, and not for reasons other than that it violates a central pillar of a belief system to which they’ve dedicated their lives.

Furthermore, while the HIV rate in Thailand is relatively high compared to other nations in the region, antiretroviral therapy (ART) drugs are available to all Thai citizens. These medicines, which are highly effective at mitigating the effects and spread of the disease, [5] have been a part of Thailand’s universal healthcare coverage system since 2006 [6].

Nevertheless, the American-Thai group continued, and published a paper in which they surveyed local healthcare professionals about their thoughts and attitudes towards infant circumcision. Interestingly, one participant shared:

"I don’t agree. I feel bad for the infants. It causes them pain and may create long-term bad memories, which we might not know about. It also violates the child’s rights. We don’t know what they would feel in the future."

The researchers also wrote, “Medical staff...expressed their concerns about the safety of the intervention and were skeptical with regard to the scientific evidence in favor of NMC.” When contacted, Dr.Richard Grimes declined to comment on his work.

A brief look at the landscape of acceptability studies reveals a similar pattern of research taking place all around, in countries such as India, Jamaica, China, and the Dominican Republic. Without proper awareness and a fair and open discourse, societies with no previous adherence to this uniquely American cultural aberration may be ill-prepared to thwart foreign efforts to introduce it.
‍

‍
[1] WHO and UNAIDS announce recommendations from expert consultation on male circumcision for HIV prevention [Internet]. [cited 2021 May 10]. Available from: https://www.who.int/mediacentre/news/releases/2007/pr10/en/
‍

[2] Stainfield T. Why did the World Health Organization (WHO) and Joint United Nations Programme on HIV/AIDS (UNAIDS) endorse male circumcision as a public health initiative for HIV prevention in sub-Saharan Africa? University of the Witwatersrand; 2008.

[6] The Journey to Universal Access to Antiretroviral Treatment in Thailand. 2013. Available from: http://eng.nhso.go.th/assets/portals/1/files/10%20The%20Journey%20of%20Universal%20ART%20Thailand.pdf 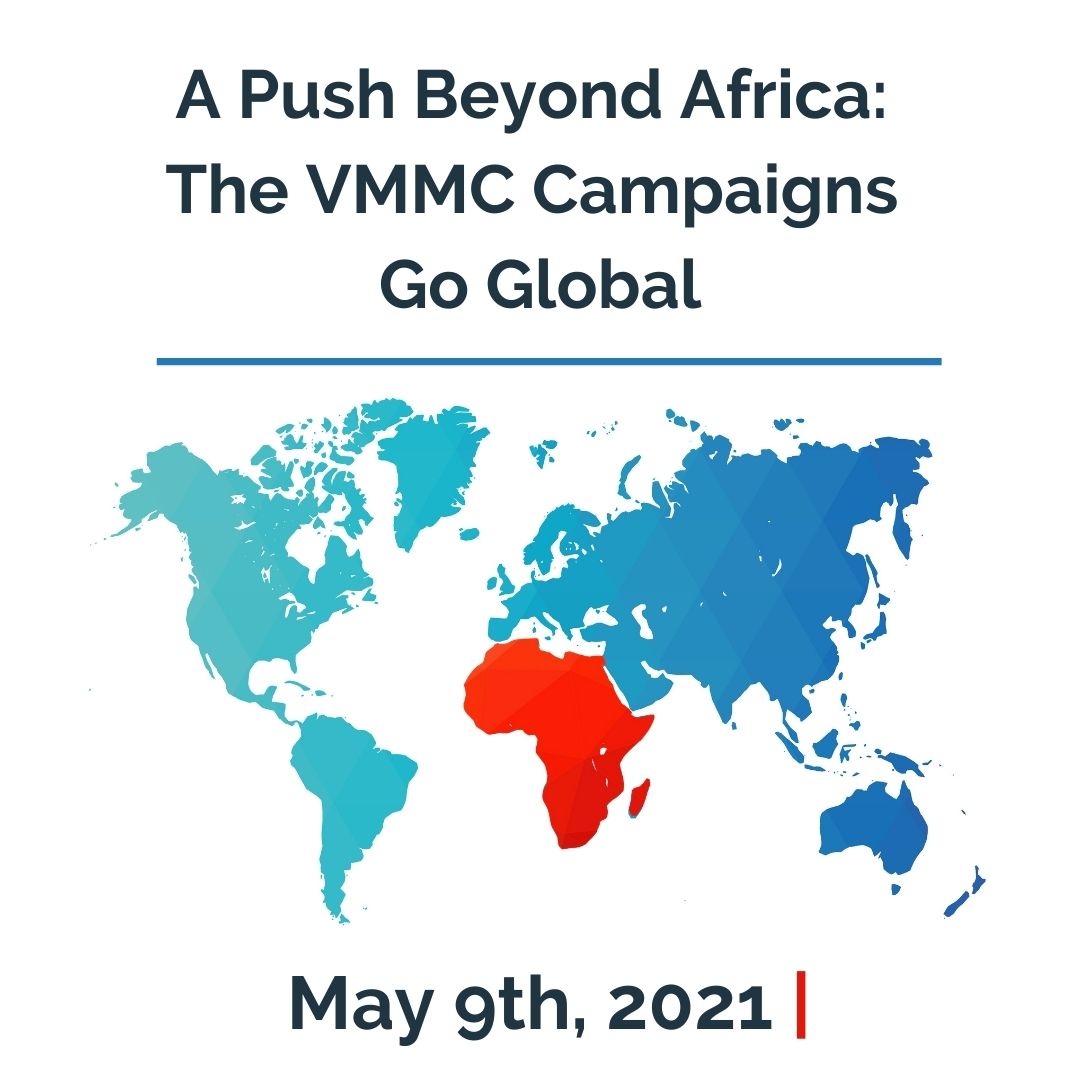