The Fallout of Misguided Circumcision Campaigns in Sub-Saharan Africa

In the wake of the WHO and UNAID's hasty push to cut as many men, boys, and male babies as possible on the African continent, people on the ground are protesting the harmful unintended consequences.

The most recent progress report from the World Health Organization on the ostensibly voluntary male circumcision programs implemented across the African continent, described the “remarkable progress” that has been realized between the years of 2008 and 2018 [1]. Yet, what progress has the WHO been measuring, and has it been weighed against the very real unintended consequences? If not, has the WHO demonstrated even basic knowledge of those disastrous effects in their report?

The “performance” of each of these countries in this report has been measured strictly by numbers, i.e. the total count of men and boys who have been circumcised. As reported therein, 22,611,178 circumcisions have been carried out across fifteen countries in Sub-Saharan Africa in aten-year period. In their breakdown of age groups, a very clear picture is painted that children have overwhelmingly bore the burden of these surgeries. Of course, these have been non-consensual, since they were performed upon minors. In a characteristic disregard for consent, the report touts this heavily as a positive outcome:

"About 84% of VMMCs conducted in 12 of the 15 countries in 2018 were among adolescent boys and young men aged 10-24 years, which is within a priority age group (10-29 years) for this intervention…the epidemiological impact from these young adolescents will be reaped in subsequent years as they age into the older sexually active high risk age groups."

Only one other impact of these VMMC was considered, which was an estimated number HIV infections averted by these programs, totaling a quarter of a million. However, this figure was derived from a an abstract model, rather than empirical measurement. According to the report, “mathematical modelling” is referenced, without describing in any detail the methodology behind how that number was reached. The modelling was conducted by Avenir Health, a data analysis contracting company funded by the Bill and Melinda Gates Foundation.

In another glaring instance of conflicts of interest, the Bill and Melinda Gates Foundation also funded much of the research upon which the WHO’s VMMC programs are justified, as well as the actual on-the-ground implementation of them. There is a clear motive for the funder of these programs to also utilize insufficient metrics by which tomeasure their effectiveness, as well as to disregard any harmful consequences. So, what are these consequences?

One of the first major insufficiencies pointed out by critics was that circumcising men and boys creates a phenomenon known as risk compensation. When someone is circumcised and told this intervention is as effective against HIV as a traditional vaccine [2], they are more likely to engage in risky practices as a result, because they feel they have a higher degree of protection [3].

This is understandable, as the rhetoric surrounding VMMC in Africa has been excessively optimistic. In Swaziland, the Western-funded circumcision campaign ran with the motto “Soka Uncobe”, which when translated means “circumcise and conquer”. Kelvin Sesimbonile Dhlamini, a Swazi man who himself was cut in 2009, shared his perspective that risk compensation is very real. “To be honest with you there is something in your mind that tells you that you should engage in sex without condoms,” he said. “To me it does not so much mean 'circumcise and conquer' but more 'circumcise and be done with it' which is a dangerous message. It could be interpreted as meaning that once men are circumcised they no longer need to use condoms.”

Apart from the induced behavioral changes, the procedure itself, along with the artificial financial incentives created by these VMMC programs, have caused serious injuries, kidnappings, and even deaths. As reported by the well-established German radio program Deutschlandfunk, in Kenya alone there were thirty-five non-consensual circumcisions, twenty-five serious injuries, and with two deaths within a span of four years [4]. One interviewee shared their account.

"One day my son didn't come back from school. I looked for him everywhere, and finally asked at school. That's when I heard from other students that he had been taken away. It wasn't until eight in the evening that I heard a boy cry. There he was, my son. I didn't know who kidnapped him. When he got home he was circumcised. He was full of blood. He was in severe pain; it was terrible."

A columnist at The Guardian, Ally Fogg, in a poignant observation, pointed out that the ardent support for VMMC that has taken over western aid agencies has created a blind spot to the ongoing damage caused by ritual circumcision in Africa as well [5]. A South African report showed that 419 boys died from ritual between the years of 2008 and 2014, with nearly half a million suffering significant complications. Foggs writes:

"The international health, human rights and development bodies that could fund and conduct research or support local efforts to contain the problem are distinguished only by their silence. The last time the World Health Organisation (WHO) published anything significant on this problem was in 2009, when it made a few nods towards the devastating health consequences, but primarily concerned itself with how such initiations could be employed in the drive to circumcise African men as an Aids prevention strategy."

At the grass roots level, an organization called The VMMC Project, headed by Prince Maloba and Max Frisch, formed to solicit testimony from those affected by these disastrous programs. Their group has conducted crucial research and given voice to many who have been castigated into the shadows of the WHO’s massive moral blind spot on this issue. What’s next to see, is if the requisite aid agencies will listen, and ultimately course correct.

[3] Van Howe, R., 2011. How the circumcision solution in Africa will increase HIV infections. Journal of Public Health in Africa, 2(4). 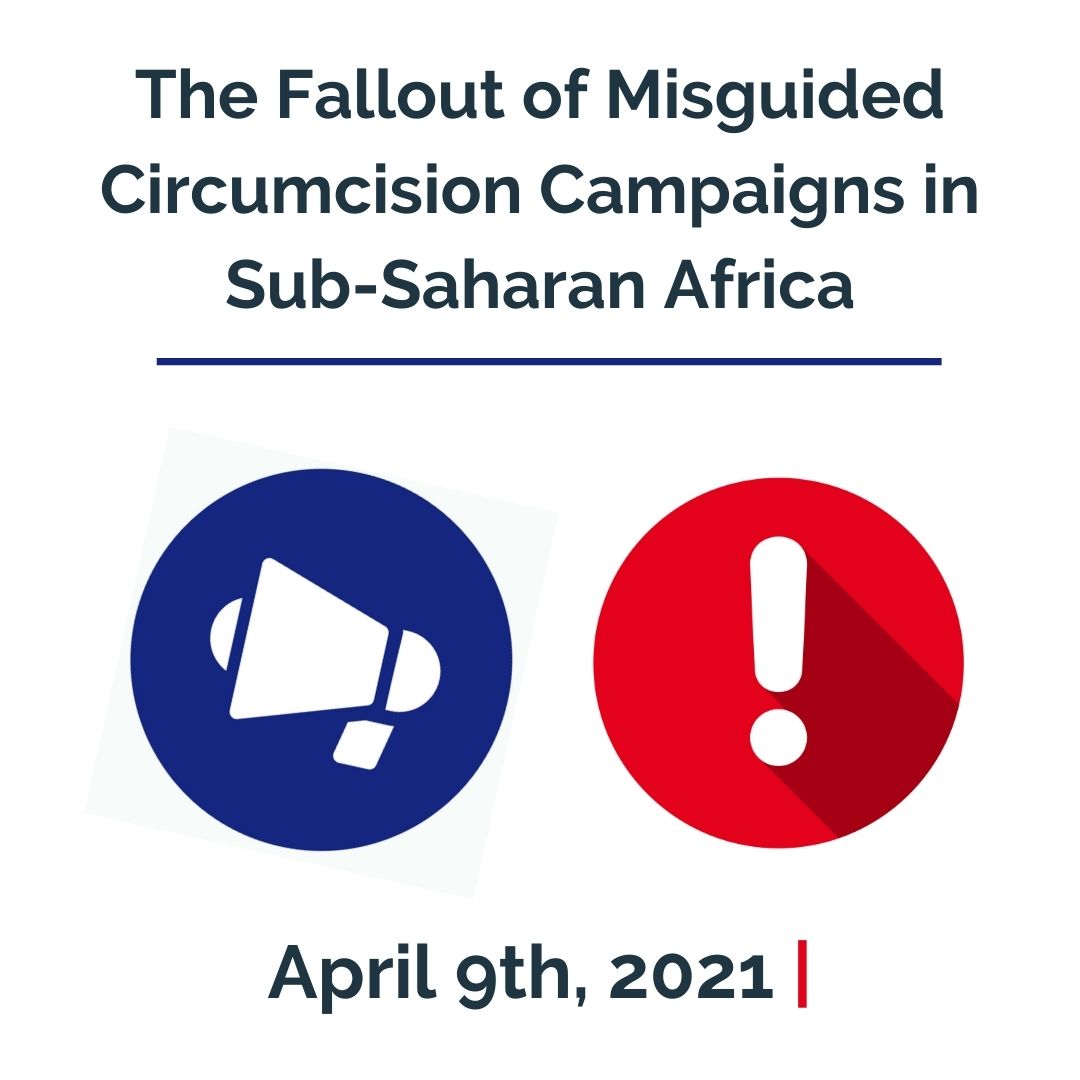