Animal trials have officially commenced, with our selected PhD candidate, Luca Pennasilico, beginning his work in December, and Foregen to make its payment for part of the PhD program as stipulated in our contract with the University of Camerino.  As the experiments continue, we will bring you the updates we can on the progress being made!

As announced in the last newsletter, Peter Adler, Foregen's legal advisor, had a seminal paper published in the Cornell Journal of Law and Public Policy that lays out in detail why circumcision is fraudulent under current U.S. law and why doctors, hospitals and medical institutions may be exposed to significant liabilities. Our new executive advisors, Shingo and Adam Lavine, have assembled a legal team that will be imminently filing a legal challenge alleging constructive fraud on the part of hospitals and doctors as well as intentional fraud on the part of the American Academy of Pediatrics, or AAP. They have also launched a site based on Peter's work circumcisionisafraud.com with the goal of driving awareness around the issue of fraudulent circumcisions and holding doctors, hospitals and medical organizations accountable.

We believe that driving mainstream awareness and social change will help Foregen and the movement as a whole accelerate its goals and provide solutions to children, men, and their families.

Oscar and Mason on our Digital Development and IT Team have been hard at work on our new platform, Commentarium, which we are launching with this newsletter! We encourage feedback from users on their experience and perception of the new page, so we’d be happy to hear from you about it. Commentarium will serve as the hub for the publication of Foregen’s future content, including all of the newsletters. We’d also like to remind everyone that Commentarium is open to submissions from the public. Supporters are highly encouraged to produce content for Commentarium, and submissions can be made here.

This December has again reminded us of how generous Foregen’s community is, and we are humbled by their continued support. This past month we saw 26 new recurring donors sign up, including a donor for $1,000 monthly, along with numerous large, one-time donations: one donation for $1,000; another two supporters who contributed $500 each; another two for $300; and one for $250 among many others of all amounts.

If you also know someone who would like to support in the continued development of such a project, let them know about our donor rewards program.

In addition to the donations through Foregen’s site, we also saw many individuals contribute through their workplace via programs like Benevity and Cybergrants.  Through Benevity, for example, we received $4,939.88 from Foregen supporters! If your workplace participates in a program like one of these, your donation could be eligible to be matched by your employer to maximize your contribution.

Overall donors helped to raise a total of $16,838 combined in December, making it one of the biggest months on record. Overall last month’s donations have brought us to a running total of $677,425 to date, all due to dedicated supporters that have worked to bring the project to where it is now. With animal trials under way and new projects in the works, we are looking forward to 2021 being a successful year at Foregen and for everyone in the community! 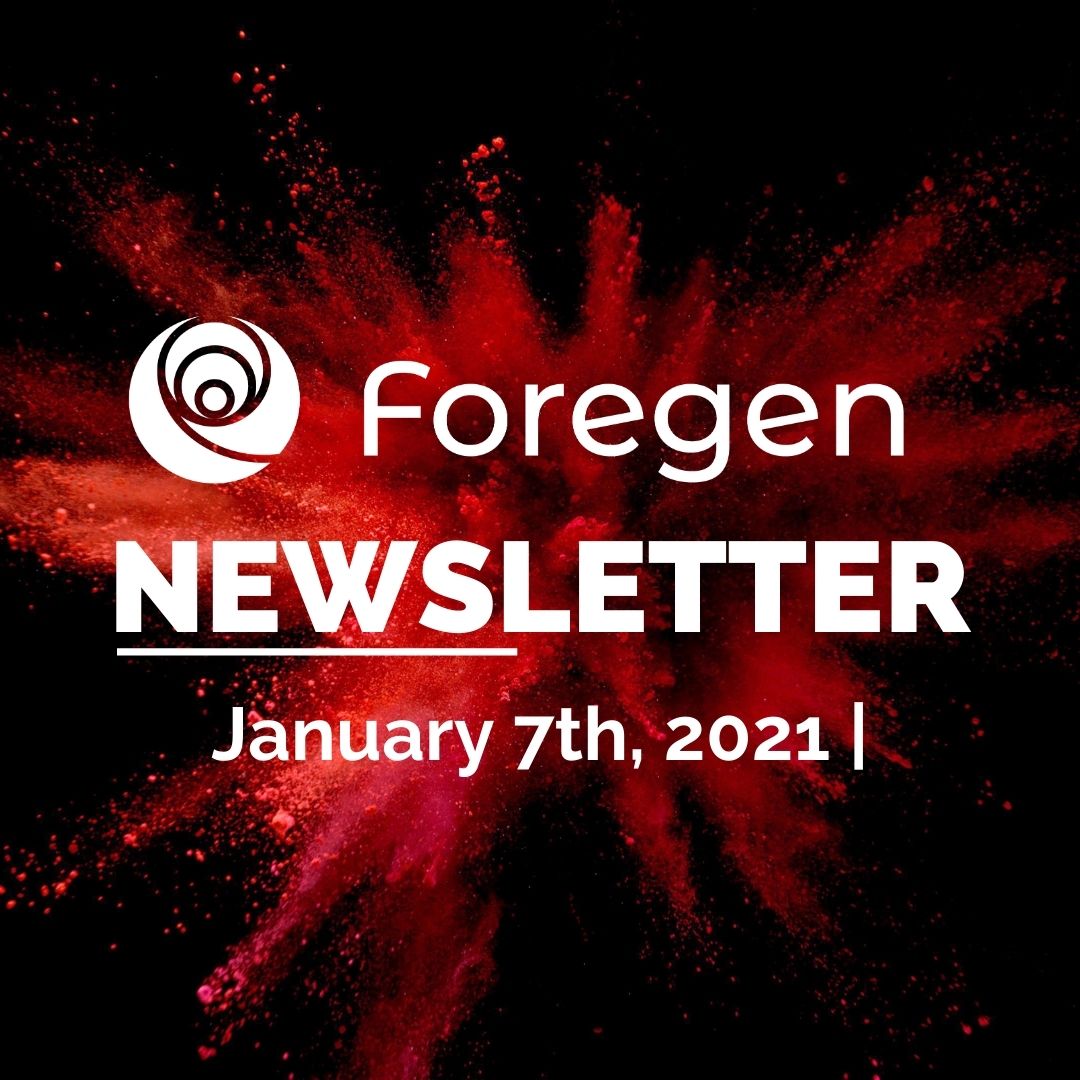