5 Million Men? More Than Triple That: Over 18 Million American Men Would Consider Regenerating Their Foreskin.

A new national survey commissioned by Foregen indicates that 21% of Circumcised American men, that’s about 18.3 million American men, would consider undergoing a procedure to regenerate their foreskin.‍

In 2021, Foregen commissioned a few national surveys on circumcision. For 2022 Foregen commissioned more surveys, again through YouGov America, to see if national opinion has changed, and if so, how. We recommend reading the first article written on the subject for a fuller background on the data discussed and an understanding of the surveys referenced. We used codes in this article as a reference for surveys, and an explanatory key can be found at the end of the article.

This year’s surveys were interesting. The first survey was a repeat of the 2021 Modified Survey. The article on that survey can be found here, and we highly recommend reading it. However, this article is about a survey that inquired about men’s potential willingness to undergo a regenerative procedure to regain their foreskin. Last year in 2021 the subject of that article’s title was based on a question we asked in one of the surveys: “Would you undergo a minor surgery to regrow your own foreskin and fully reverse your circumcision?” In this article, we’ll address that idea further.

For this survey, we commissioned YouGov America to ask a sample of 2,000 men two questions. The first question simply asked if the men were circumcised or not. The second was “If it was shown to improve sexual performance and enjoyment for you and your partner's sex life, would you consider a safe and approved regenerative procedure to reverse circumcision?” The results are as follows:

The resulting 21% indicates that nearly 14.3% of the entire US male population[1] would consider such a regenerative procedure. At first glance, this data is confusing given the title of the articles. Last year we noted that around 5 million American men potentially wanted their foreskin back based on 38% of “Yes” respondents. This year we’ve noted that 18.3 million men, almost quadruple, would consider regenerating their foreskin based on only 21% of “Yes” respondents.

In 2021, two of the six preceding questions drastically narrowed the sample size of respondents down. First, only men in the sample were asked if they were circumcised. Second, only those men who said that they were circumcised were then explicitly asked if they’d prefer to be uncircumcised. Only then did we ask if they would undergo a procedure. The resulting sample size was a mere 58 and, while statistically valid, is very small. Understanding the tiers of questions is critical in understanding the resulting numbers because every subsequent decrease in the percent of “Yes” respondents decreased the proportion of the population for which the final percentage could be applied. This is why in 2021 38% of respondents that said “Yes” resulted in about 5 million men while in 2022, 21% resulted in about 18.3 million men.

Thus, for 2022 we asked exclusively of men only two questions: If the respondent was circumcised, and if they would consider a safe and sexually beneficial procedure to regenerate their foreskin. The sample size for 2022 was 2,000 in anticipation of a sample decrease (since many men are not circumcised) and the resulting sample size for the procedure question was 1,539…a much, much more respectable number and one which is readily applicable for inference. The results from 2022, from an inferential standpoint, are a substantially more reliable result from which to extrapolate a national opinion of American men and we’re happy that it is, because the number of men possibly interested in such a procedure nearly quadrupled in size.

An obvious caveat here is that we asked two different questions: “Would you undergo a minor surgery to regrow your own foreskin and fully reverse your circumcision?” (21-B) and “If it was shown to improve sexual performance and enjoyment for you and your partner's sex life, would you consider a safe and approved regenerative procedure to reverse circumcision?” (22-B). The second question much more accurately describes a goal, and also leaves room for speculation on the part of the respondent; “would you consider” as opposed to “would you undergo”.

From our perspective, inquiring about prospects in the psychological climate of America’s views on circumcision is superior because it gauges a general willingness to explore the possibility of what might be. It is less forward and does not require a respondent’s certainty of a position on the matter. Although there is a “Not sure” response, the question’s wording in 21-B may still exert one of certitude. In a genital cutting culture such as the United States, requesting certainty for such a procedure which does not yet exist may be too taxing on the respondent’s cultural framework, but simply inquiring about the prospect may offer a more accurate insight since we feel it allows the respondent a bit of emotional freedom from cultural restraints. In other words, circumcision is positive in the minds of most Americans, and a procedure to reverse it has not yet been released, so the question is perhaps moot to many men. Yet, if we explain such a procedure’s benefits and propose it as a conceptual idea, there is less mootness to the question. This is perhaps a better representation of how men would feel in a reality where such a procedure does in fact exist as a proven option. This approach may also be why we see an increase in the percentage of men who responded “not sure” in 2022, and in our previous article, we discussed why education is a key element for men who are unsure. Nevertheless, it is important to note the difference between the two questions.

Another potential factor was that in 2021 we asked six preceding questions concerning circumcision before inquiring about a procedure, which may have elicited additional bias. The pro-intact community has long observed the denial of men when confronted with the issue, and a great number of pro-intact proponents and activists admit that they had initially convinced themselves that a status of circumcision was beneficial, even exhibiting denial for a period of time when confronted with the facts to avoid facing their situation. In this respect, some men may have gone through the questions and, having clearly thought about the topic of circumcision, consciously gave a significant amount of thought to the issue thus swaying them in one direction or the other before the question was even asked. This is why we feel the second survey is superior for extrapolating inferences from, and overall much more accurate.

If you’d like to help men regain the bodily integrity that they deserve, please consider making a contribution here. Your donation not only directly drives Foregen’s research, but helps fund the insights discussed here. 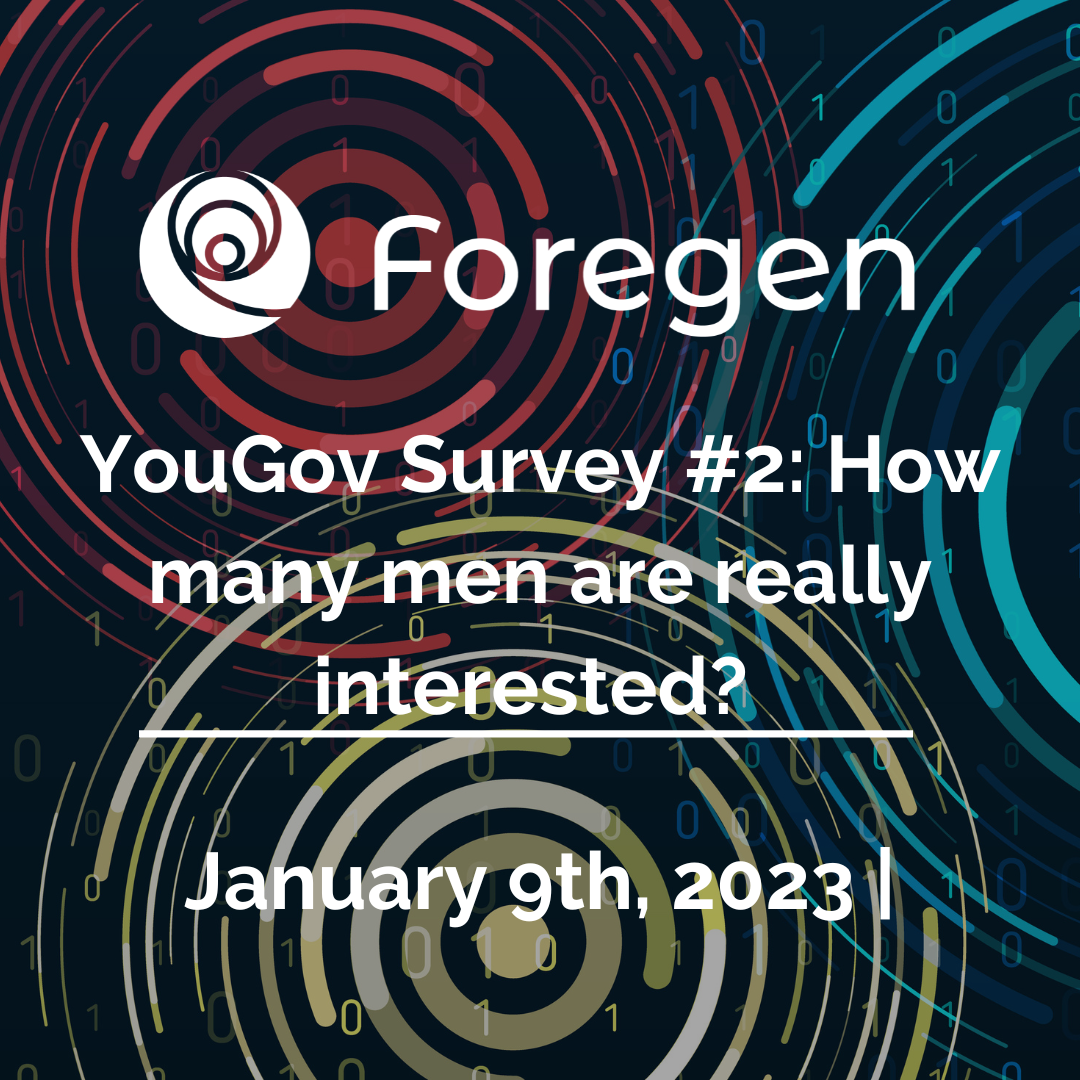