Hello everyone! As you probably know, Foregen has been very busy lately working on several projects. One of which was the SXSW Trade Show in Austin, Texas. From March 11th to March 14th, Foregen operated a booth at the show for about 8 hours a day. We met several people, made connections, and even got to see Brendon Marotta, director of American Circumcision, with whom we’ve partnered with. This is a more informal post of events, highlighting non-business interactions. For our more formal breakdown which covers the business side, click here.

Our goals for the show were both business and education. We furthered our foundations for our for-profit switch as well as earning new supporters and educating passersby. We’d now like to go through all the highlights with our donors and supporters who have allowed us to come this far.

In the beginning, our first group came by about an hour or so into the show. A group of about 10-15 Japanese people stopped by and wanted to learn about what we were doing. There was an interviewer asking us questions in English, and a translator communicating to the others in Japanese. The conversation was extensive and the group was very receptive, wanting to know all about our work. 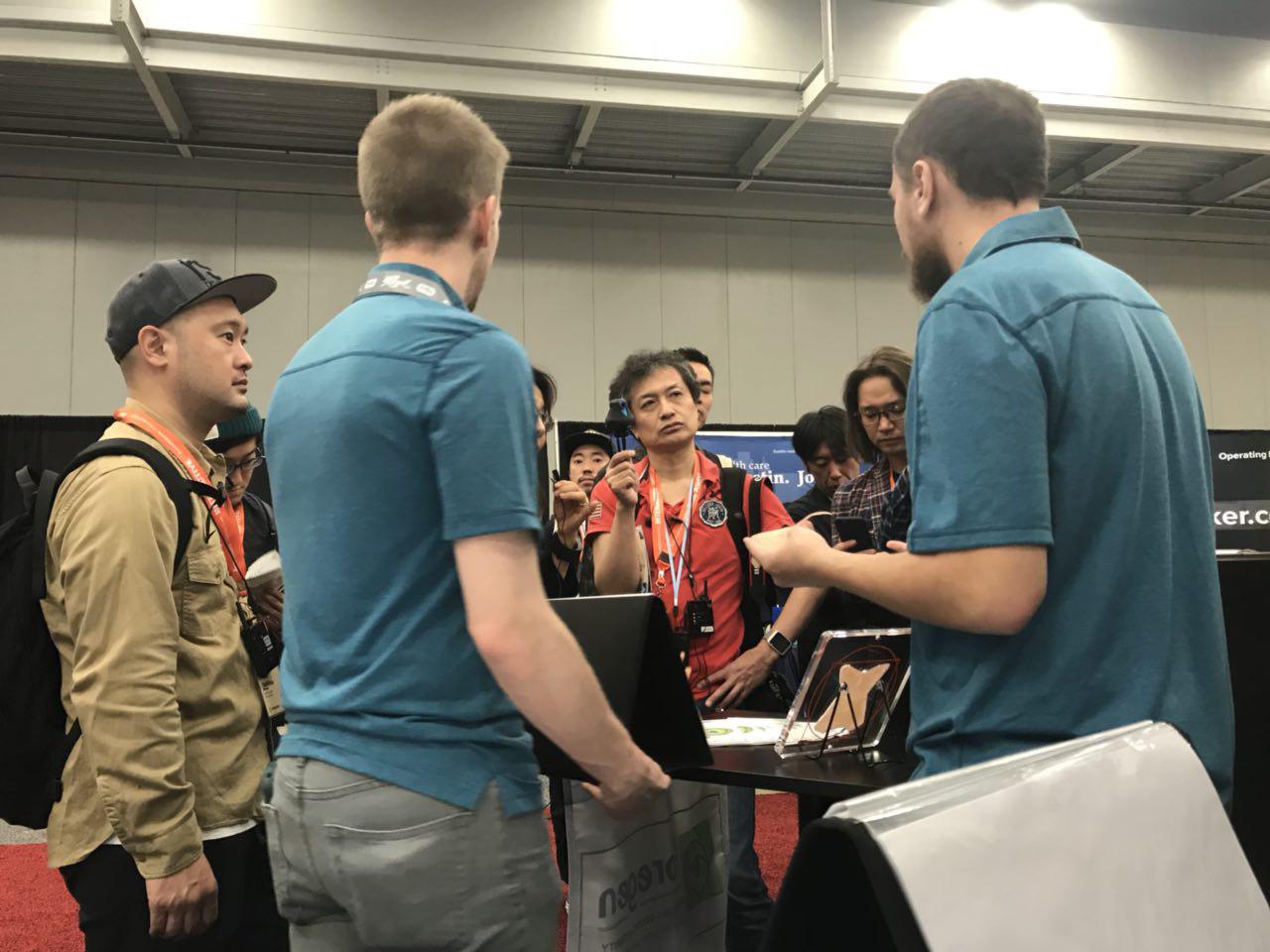 We later had two couples stop by asking to know more about the procedure. One man poked the other man in the stomach and said "you need foreskin" - they both chuckled. Everyone was very receptive, and the ladies even signed up for our newsletter! Another female passerby took a look at HuFo and her jaw dropped. She took a flyer and brochure and said she “knows people that need this!” 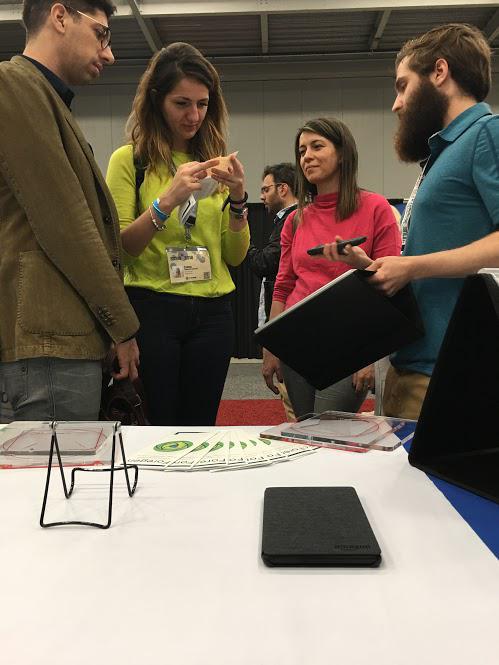 A Chinese man, and later a Polish man, stopped by that day who both had similar stories. Each man had explained that they were having a son and that their American wife was insistent on circumcising them. Fortunately, both husbands stood firm on their principles and were able to keep their sons intact. One of the men works in medical animation and is familiar with our message and what we are promoting.

A physician from the University of Texas walked by and told us "good work, you’re doing good work” multiple times. When asked if she wanted information she stated that she knew all about it and that she supported what we were doing.


Later the next day we were able to have a more personable experience with passersby. We had a gentlemen come up that didn't know what the HuFo was, and we explained to him the foreskin, what circumcision removes, and the science behind Foregen’s planned regenerative therapy. He applauded us and thanked us for enlightening him. We had a young lady who told us she was a feminist, and that she appreciates what we do. She said it is sexist to protect females but leave males unprotected. We explained to her the functions of the foreskin and the difference between circumcised and intact in regards to women's sexual pleasure.

We had a couple of people, both women and men, who were shocked and surprised to learn what we had told them and it was clearly difficult information to process. However, the message of a possible solution was also well received and of interest to them. We even had an intact man who was very genuinely interested in our work and even came back a second time to tell us that fact, and how he would spread our message to other men and women.

We had another girl who was very curious about our work, and we could tell she had never really heard this information before.  Despite some awkward smiles and laughs from her given her nervousness, she came around at the end and told us how she had never thought about it before and that the work we’re doing was great.

In a different vein, there was another girl who came by and it was clearly difficult for her to process the information we were discussing. Part of her wanted to stay, but part of her also wanted to leave, given that we all know it can be distressing to find out. Fortunately, she took one of our brochures with her and given her reaction we expect her to research more on her own, which was a big part of our goal at SXSW.

We had two women from a neighboring booth come over and visit.  They had been curious the whole day and were dying to know what we did.  They were both very receptive to our message and were surprised at what they had learned, given how it’s a topic not necessarily talked about. Unfortunately, one of the women had her son circumcised over 20 years ago, but she clearly regretted doing so and was took all our printed information to give to her son.

We even had one of the SXSW coordinators who helped us with the application process stopped by to see how we were doing with our booth. She, too, was interested in our work and the message we were spreading. She told us that she had two daughters but expressed that when she had discussed things with her husband, they both would be adamantly against cutting any male children they had. She said she just couldn’t understand why someone would want to do this and researching it only confirmed her intuitions. 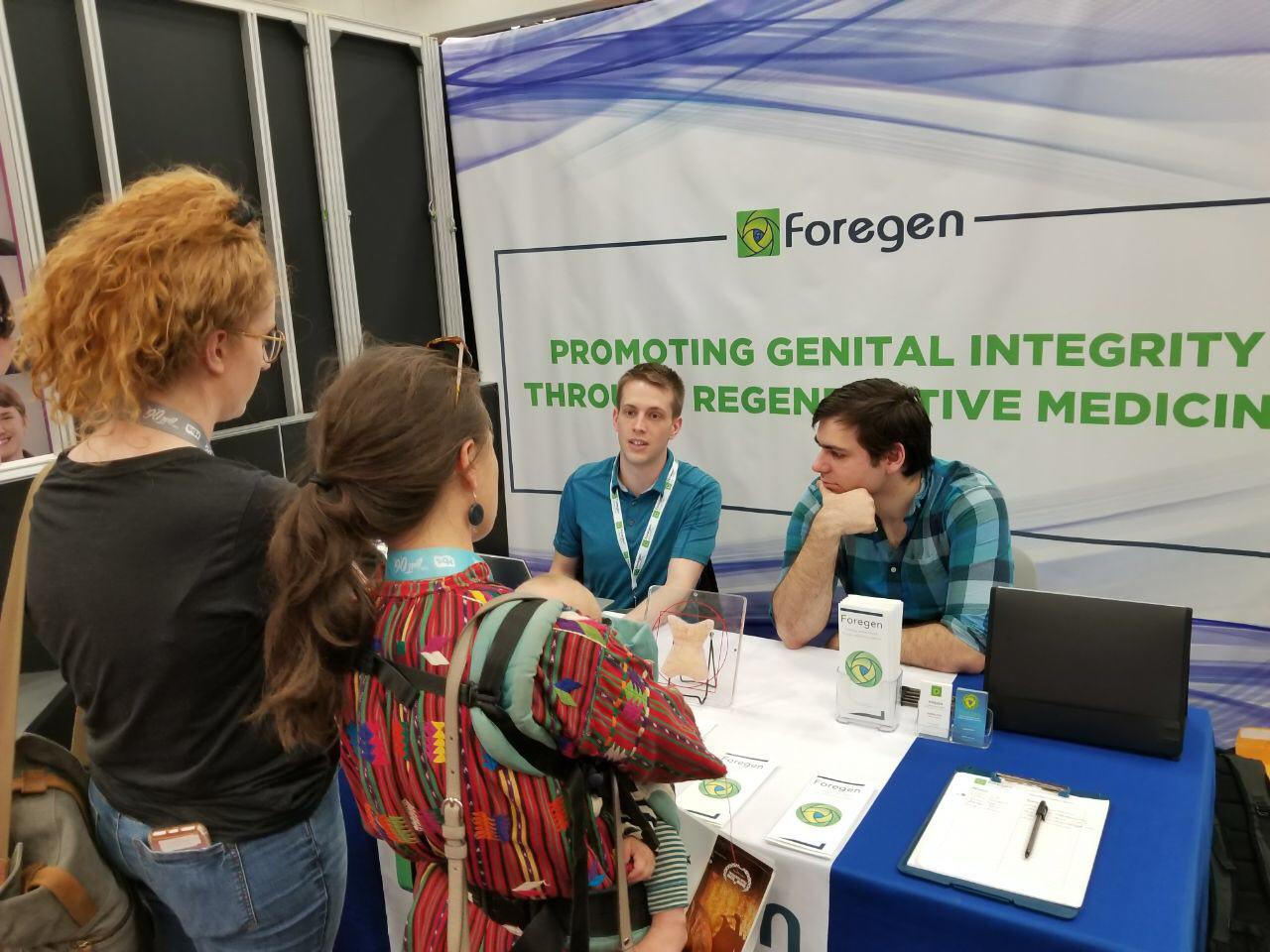 Another man who came to our booth was shocked, and his reaction was a very big “wow”.  Everything clicked in his mind and he was attentive to everything we could tell him, asking what he could do to fix things and support us. He spent a good deal talking with us, and he was clearly very happy to learn about the foreskin and how we plan to regenerate it.

An OB/GYN stopped by our booth and asked about what our mission was, and expressed that despite having been exposed to the practice in her residency, she didn’t believe in performing them and couldn’t understand why parents would do something like this to their kids. She took some information and expressed that she was happy with the work we were doing.

Two British men came by and upon hearing what we did said it was "the most unique" booth they had seen so far. Of course being British they couldn’t understand the American practice of harming infants in this way and were supportive of the mission to regenerate the foreskin.

A woman also dropped by near the end who was even more vocal about the positive nature of our project than her male counterparts. 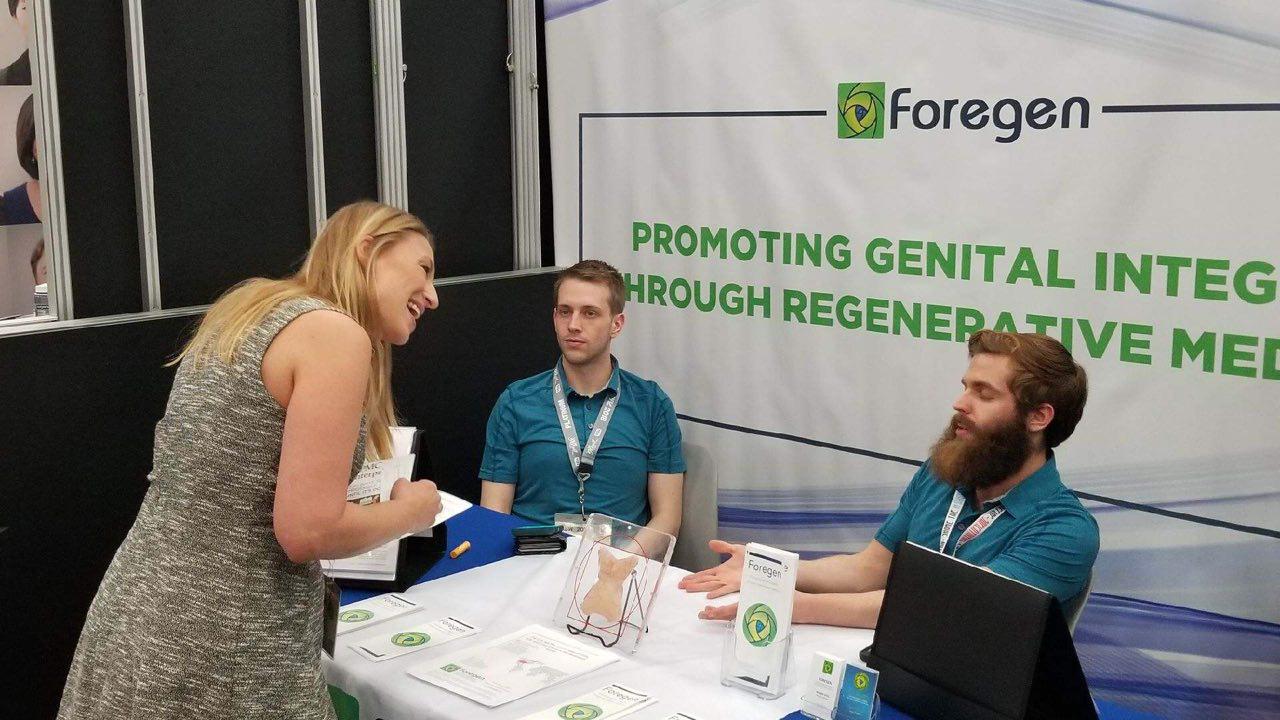 A girl from the booth behind us came by twice during the trade show. The first time she was very happy to take information for a friend of hers and expressed that this is important work. The second time she picked up another brochure for someone else she knew. She had a very sympathetic and caring response to what we were doing and curious about all the things we had done. It was clear she had some friends she thought a great deal of to go out of her way to help them.

We’d estimate the male-female ratio of total booth visits to be about 3:2 (60% female/40% male). Without exaggeration, 9 out of 10 interactions were positive. We were legitimately shocked at how many people knew what the foreskin did, kept their sons intact (or opposed genital cutting), and supported our cause. We did not see a single negative reaction from anyone, although a few people were a bit put off and politely declined more information. While SXSW is only a single event, there was a massively diverse group of people from many different regions, nations, ethnicities, and even religious beliefs over the course of four days. With this, we are confident that people, including Americans, are generally very opposed to the practice of male genital cutting, and we’re confident that it’s only a matter of undoing the taboo of discussing male sexuality.

We thank all of our donors and supporters who have helped us come this far!  We’re looking forward to what the future brings and we know that there will be great things in store for all of us.