Everything you need to keep up-to-date on our research, progress, tissue regeneration, and how it all affects you.

Thank you! Your submission has been received!
Oops! Something went wrong while submitting the form.
Fields marked with an asterisk (*) are required. 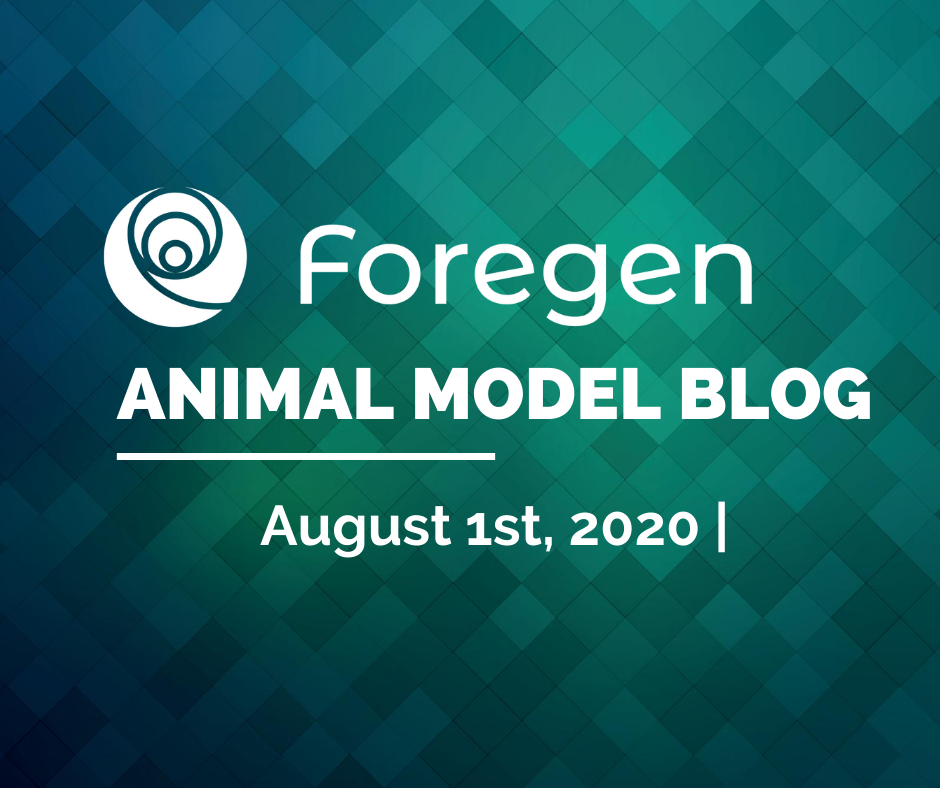 In 2018, we published our work on the decellularization of human foreskin tissue. The results of this study indicated that the patented decellularization process, developed by Dr. Bondioli and her colleagues in Italy, could be applied to human foreskin tissue. This produced a biomaterial scaffold, the foreskin extracellular matrix (ECM), which we're confident will be satisfactory in regenerating the foreskin for circumcised men. The next step of our work is to see how the body responds to the matrix when implanted. As many of you already know, this means that we'll be utilizing an animal model before we move to a human model.

To clear up some of the confusion that may be out there, I'm going to go over what is typically done in these types of studies. The decellularized extracellular matrix falls into a class of biomaterial scaffolds known as acellular dermal matrices (ADM). These are particularly good at repairing soft tissues and skin defects, especially when they are derived from human tissues [1]. I could talk all day about why the donor foreskin tissue we've worked to acquire is the optimum choice, and if there's enough interest in that I'd be more than happy to write a follow-up blog post going over those details, but just know that the rule of thumb is to "replace 'like with like’."

When evaluating the biological response to ADMs in animal models, there are two particular things that we're interested in: integration and effect on long-term scarring and remodeling. Integration is how well the body responds to the implant. Regardless of what your implant is, there will always be some degree of an immune response. The lack of donor and cellular materials in the ADM will help to minimize this. An aggressive immune response can potentially lead to some very poor results. The major factor that determines if the integration is successful is vascularization. If the matrix does not vascularize, it will not integrate, which is usually a result of poor oxygenation or infection [2]. Luckily for us, the penis is a highly vascularized organ, and ADMs that are implanted in close proximity to highly vascularized tissues have a higher likelihood of successful integration. Moreover, as a consequence of the decellularization method we used, the content of Basic Fibroblast Growth Factor (FGFb) is high [3]. FGFb is an important growth factor for the growth of many tissue types, one of which being blood vessels [4].

The second consideration for these types of animal studies is what sort of effects there are on long-term remodeling and scarring. Remodeling is just the process of the local cells pulling apart the implanted matrix, and replacing it with a new one. This would normally be a more serious consideration if we weren't using decellularized donor foreskins, as the extracellular matrix is already as tissue-specific as you can get. In other tissues applications like hernia or rotator cuff repair, the ADM would resemble the ECM of those tissues, and the hope is that when it's implanted and remodeled, the resulting ECM will resemble those native tissues in their mechanical properties, matrix architecture, and cell distribution. Typically, the largest factor in dictating success is the health of the tissue. Diseased tissue will have the hardest time integrating and subsequently remodeling the ADM. This is believed to be a result of diseased tissue being unable to generate the appropriate signals for angiogenesis (blood vessel growth) and cell migration into the implanted ADM [2].

Following the implantation of an ADM, the best results we would be looking for are a successful integration of the mat. As part of this, we will be looking at the rate of remodeling and the level of immune response, specifically for a mild and controlled level of inflammation. This, combined with a gradual and progressive remodeling of the matrix, would result in a site-appropriate tissue or regenerated dermal tissue. [5]

These are all aspects that will be studied in our upcoming animal trials. I tried my best to keep this as brief and simple as possible, but I can certainly write a follow-up to better explain any concepts that people may have questions about.

The practice of animal experimentation has been a hotly debated issue. Contemporary Ethicist Peter Singer describes the practice of treating humans as superior beings to other animals as speciesism [6]. Much of the debate surrounding this issue is rooted in if animals have the capacity to suffer or feel pain, and regardless of that answer, is it then okay to exploit them? Unfortunately, an easy answer does not exist. René Descartes was the first to argue that animals were nothing more than simple “biological machines,” incapable of suffering and devoid of any consciousness [7]. As science and philosophy have progressed it’s clear that Descartes was quite wrong, and the minds of animals are far more complex than people once arrogantly believed [8]. Despite this, biomedical research and our greater society is in fact speciesist, and holds human life on a higher tier than non-human animals, operating in a somewhat utilitarian fashion.

Although animal testing may be unavoidable at the present time in science, the practice has guiding principles on how to reduce the suffering and harm that the animals may potentially be subjected to. The basis of these principles originate from Russell and Burch in their text The Principles of Humane Experimental Technique. The text lays out what they call The Three R’s (3R’s), which serve as the foundation and guiding philosophy for improving animal welfare and how to avoid utilizing animals wherever possible. The 3R’s are Replacement, Reduction, and Refinement, and provide methods for how to best conduct research as humanely as possible. Replacement suggests that one should use non-animal methods wherever possible. Reduction states that researchers should try to obtain comparable levels of data from as few of animals as possible. Refinement refers to methods to reduce the pain and suffering that animals will be subjected to [9].

However, some sectors have begun to shift away from any sort of animal exploitation, such as the cosmetics industry where animal testing has been increasingly outlawed across the globe and “cruelty-free” products are more desirable to consumers [10]. Naturally, this is something that should be applauded. The unfortunate reality is that animal testing in some of these cases has been replaced by testing with products derived from neonatal foreskin tissue, which only trades one ethically dubious practice for another; instead of exploiting non-human animals, there’s now an incentive to exploit infants in their place [11,12]. One hope for the future is in body-on-a-chip (BOC) systems as an alternative, granted that the cellular materials are ethically sourced. The primary reason that animal testing is practiced is because computer models and other non-animal methods are unable to accurately account for the numerous interactions between cells, molecules, tissues, organs, organisms, and the environment [13]. BOC systems, on the other hand, have the potential and capacity of accurately replicating these intricate phenomena found within human physiology. As this technology is better realized, we may see it replace animal testing as a whole sometime in the future [14]. 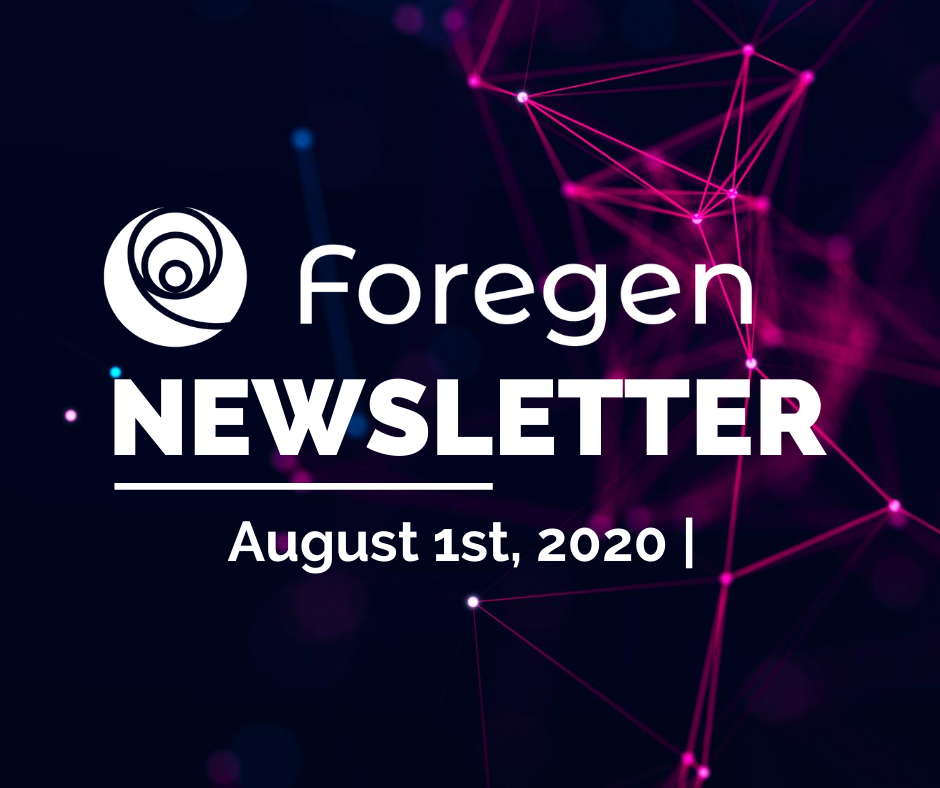 The next step of our work will involve utilizing an animal model to see how the body responds to the extracellular matrix. 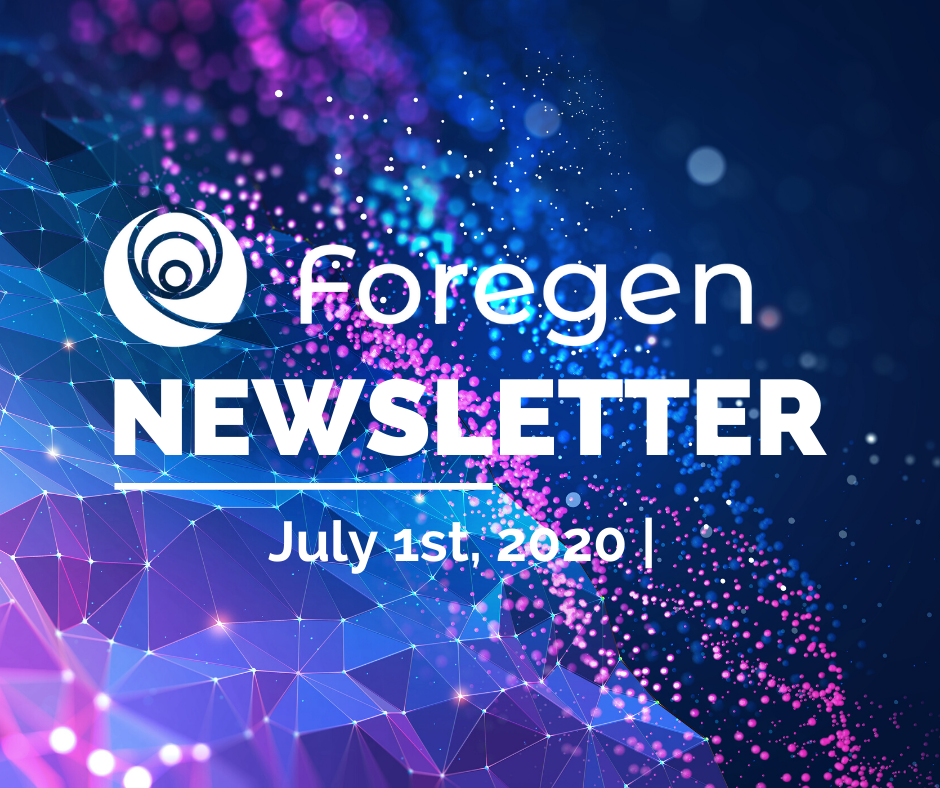 We are thrilled to announce the inclusion of a new scientist to our research team: Dr. Angela Palumbo Piccionello. 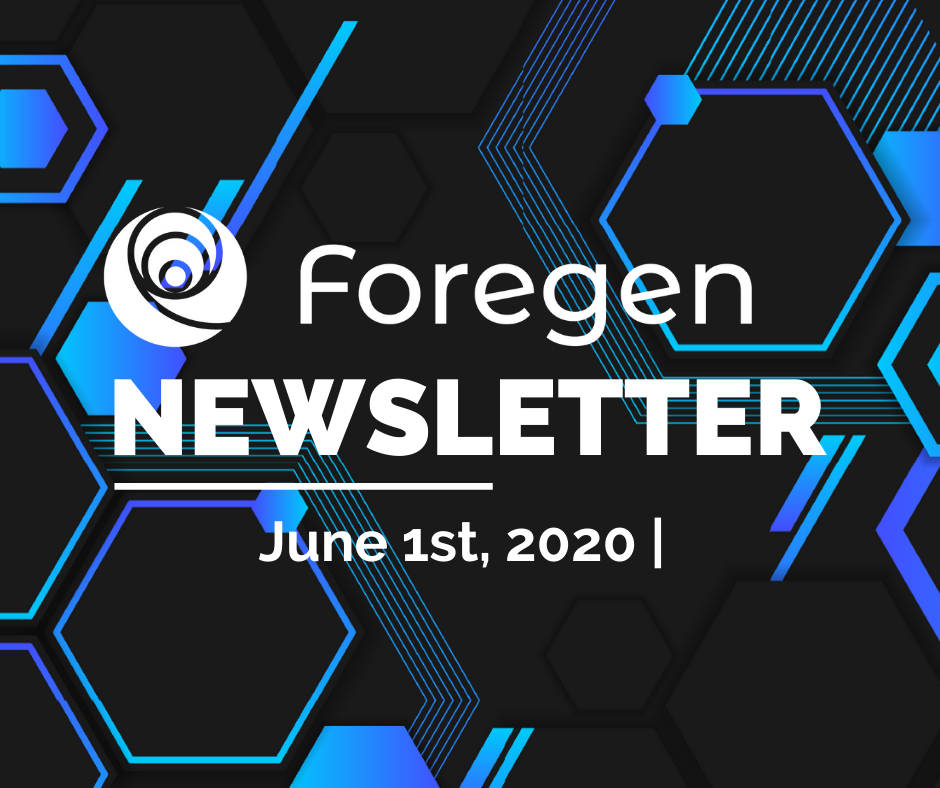 We're excited to report that we will soon begin the next phase of our research. 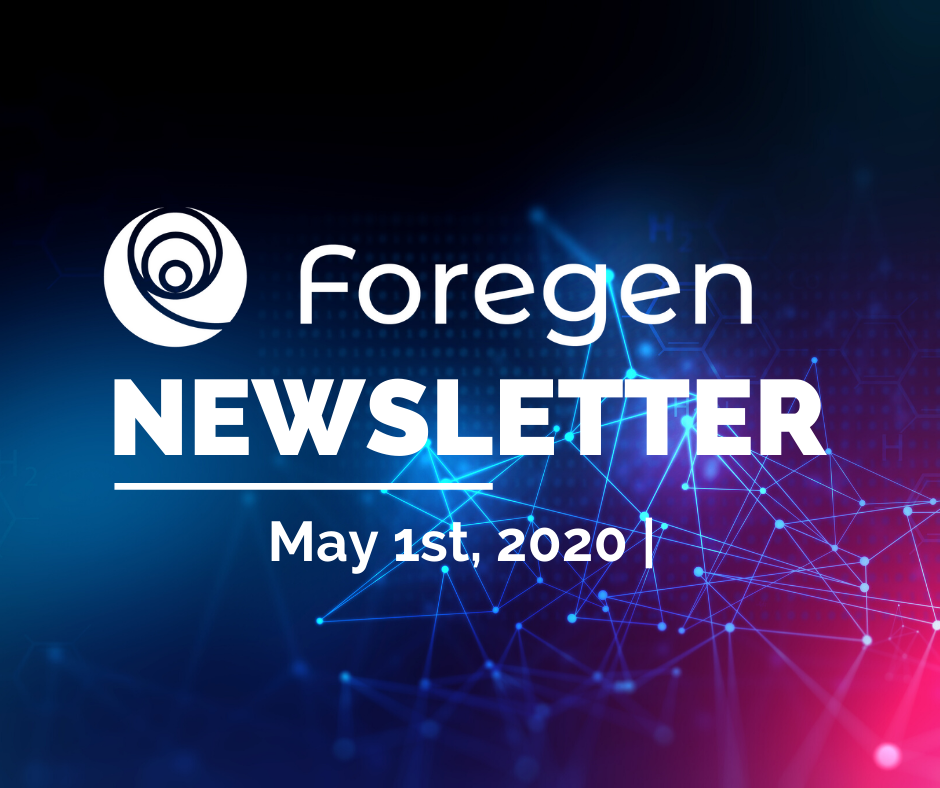 Going forward, we thought we would write the newsletter a little differently given the current situation with Coronavirus. 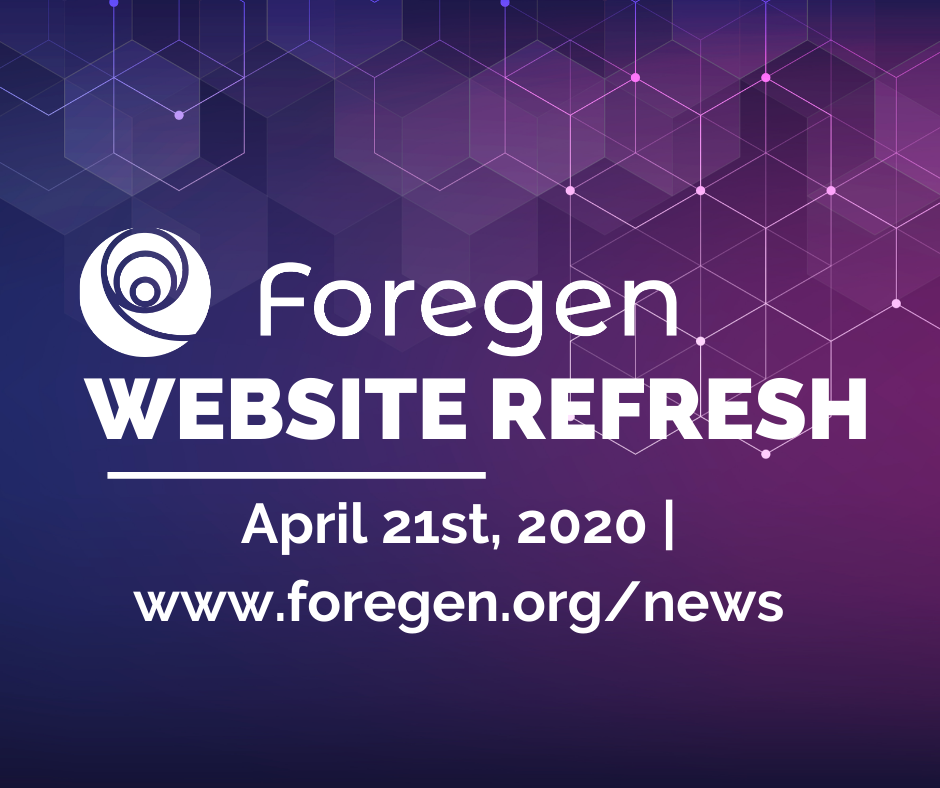 Despite COVID-19's effect on our scientific research, Foregen's staff have continued their work as usual. 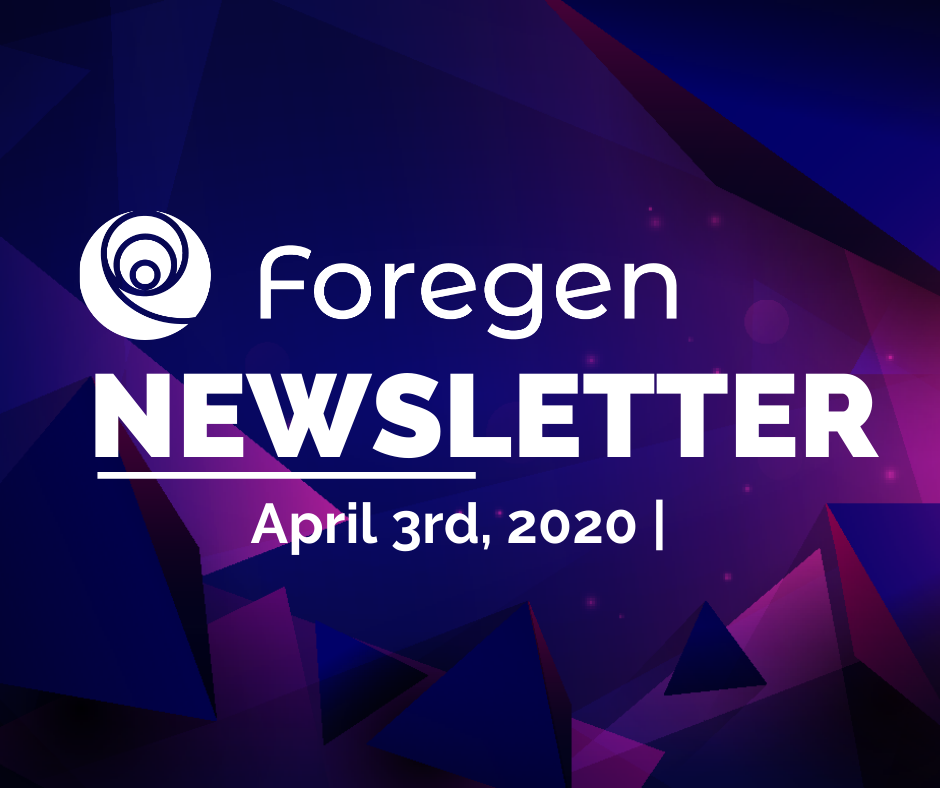 We are in regular contact with our Italian colleagues, and are happy to report that they are currently doing well. 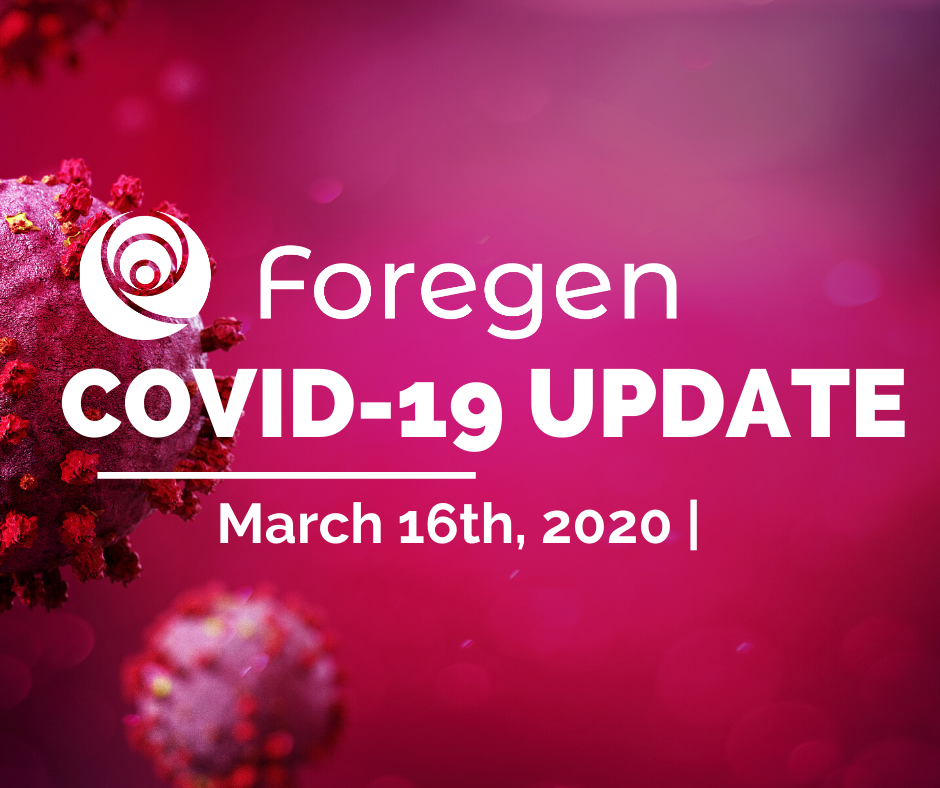 At this time, all operations in Italy are temporarily suspended and will resume when it is safe to do so. 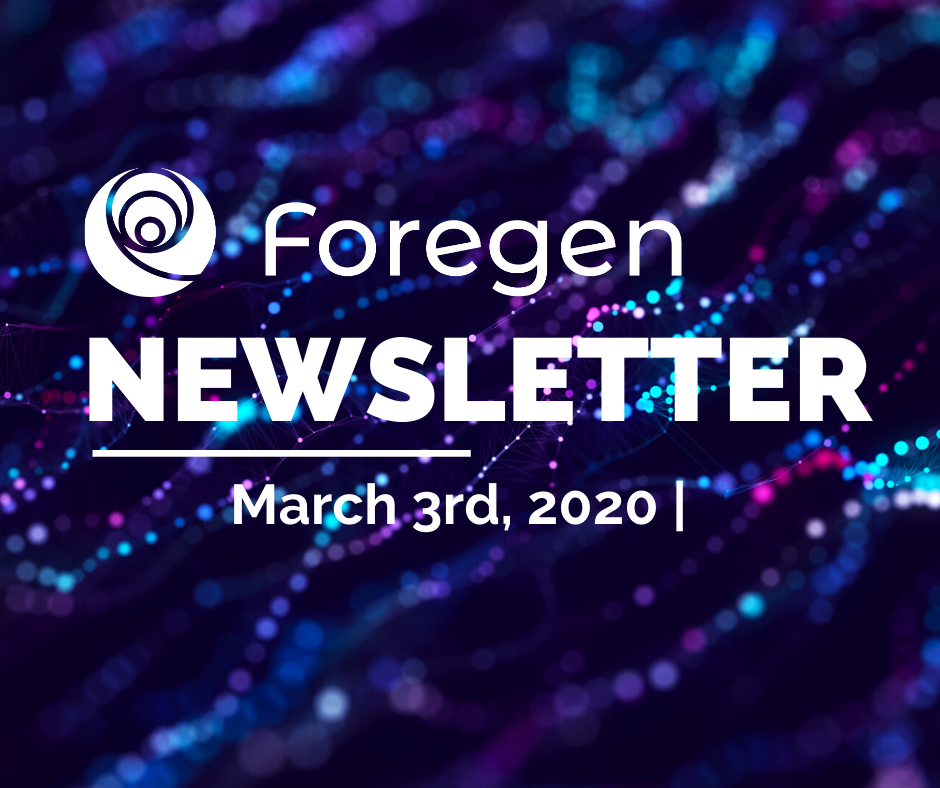 We are continuing to coordinate with the ethics committee and their road-map in preparation for animal trials.